For the release of our new Softbox series, the Indirect Litemotiv, we were looking for a great fashion photographer. A photographer with a vision of something special and different from what you usually see.

We came across Julien Palmilha, a Swiss artist with a very graphic visual identity for his narrow field, fashion. As great admirers of his work, it was the perfect opportunity to test him in an area that he knew perfectly: Light. 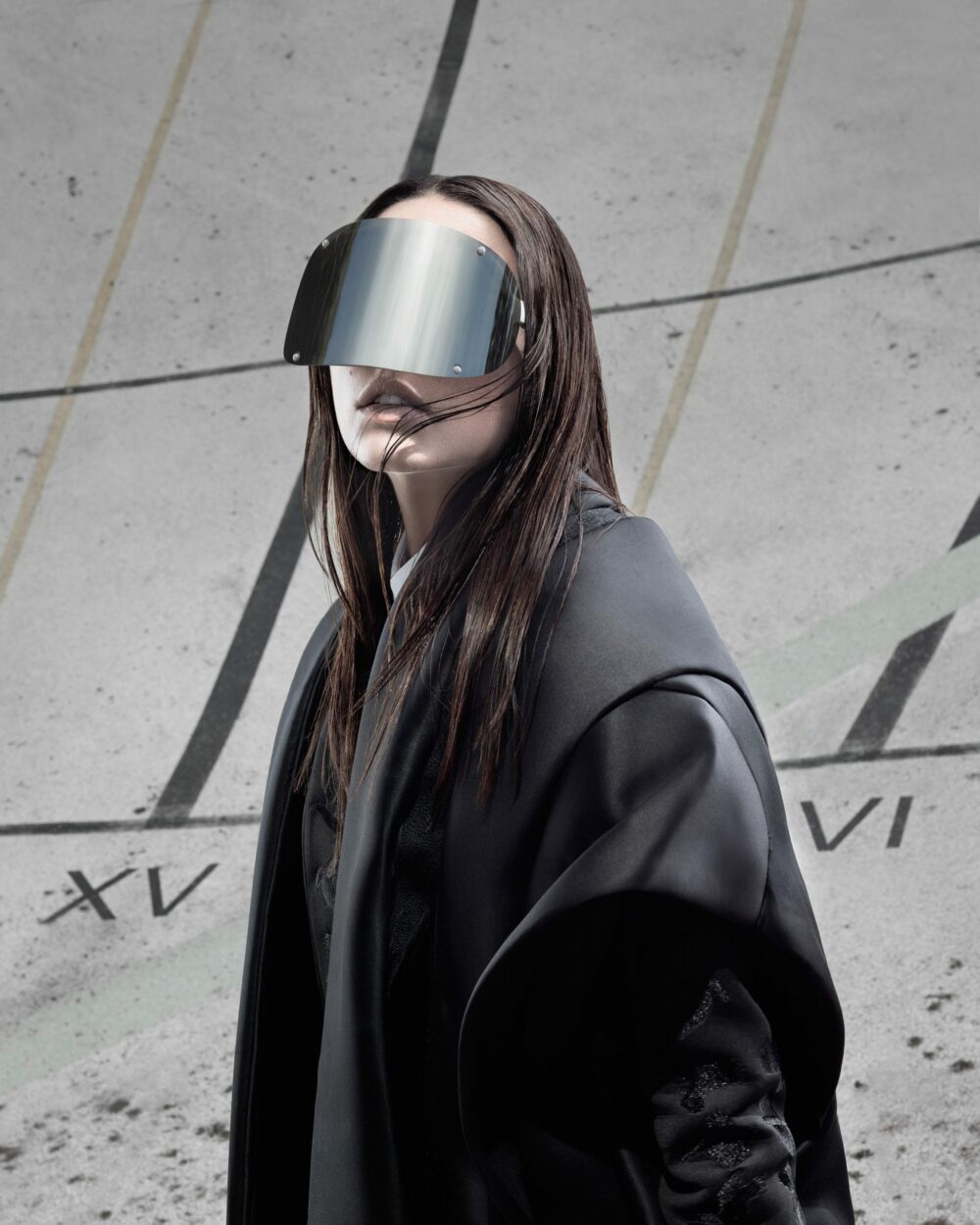 You came up with a strong concept for this project. Can you explain it to us in a few words?

Elinchrom’s desire was to demonstrate the arrival of this new line of softboxes with a fashion shoot. Consequently, it was evident that the light would be the real subject. I had a real desire to portray “living light”, literally. For a long time, in the back of my mind, I’ve had the idea to make a series dealing with time, which is one of the basic components of the photographic act. I wanted to play with the path of the sun on a giant sundial.

It all makes sense: the light shapes the model who at the same time becomes an indicator of time.

During your shooting, what was your impression of the Indirect Litemotiv products?

Unfortunately I didn’t really had the time to analyze my feelings about the equipment during the shooting, everything went too fast.

That said, I was still able to appreciate the stability and the maneuverability of these softboxes. It was great to be able to use the Octa with precision at 6 m above the ground at the end of a platform. As for the light itself, I really appreciated the character of its brightness and the way it responded to the sunlight.

Describe your use of light, your approach.

Light fascinates me… Finding the model and the intensity that would be true to the soul of the project was clearly an integral part of the creative process. For me, light should sometimes graze and embrace the subject to emphasize her body, but sometimes also become flatter or more even, depending on the subject that you want to evoke. One original way of thinking about light that I love is Matthieu Gafsou’s “Sacred” series, which presents a clergyman on the ground. It’s as if he is being crushed by the (divine) light of the flash. It’s amazing! I am looking for shades and the relationship that can be established between light and subject. I should say that in general, I’m not a big fan of Speedlights 😉

“I wanted to play with the path of the sun on a giant sundial.” 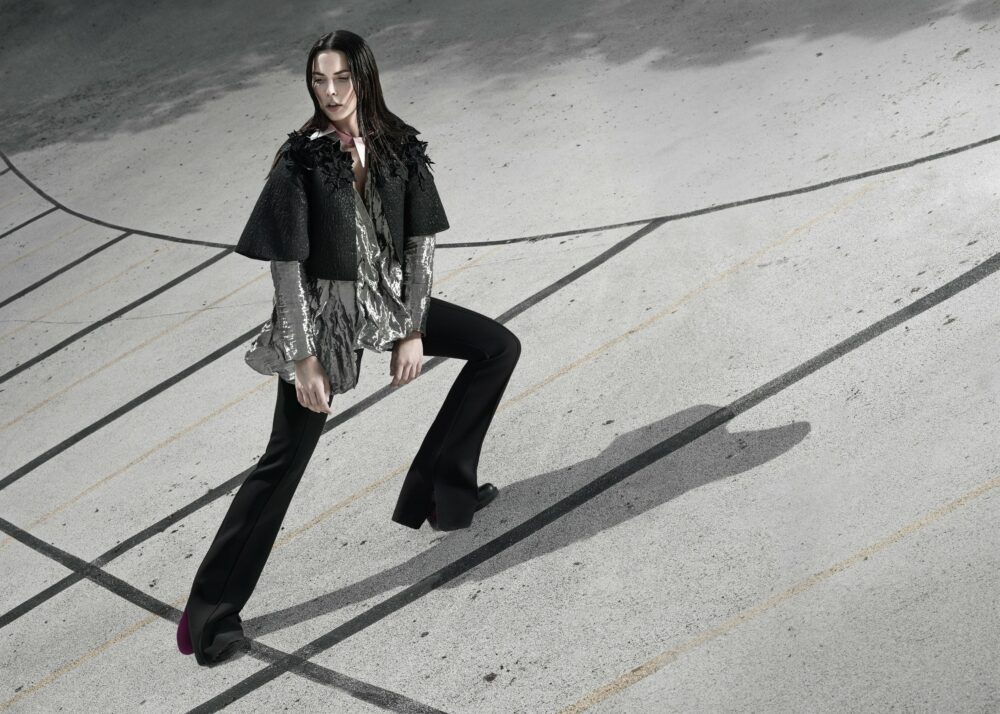 You’ve had the (bad) luck to have a completely sunny day without clouds and with scorching heat. How did the shooting go in these conditions?

Actually, I scheduled the shoot on the only day where I was certain it wouldn’t rain. But as it happened, the sunlight that was the subject of the project imposed itself brilliantly, as if to remind me what the shoot was about. I thus had to follow its rules on concave ground. To deal with the powerful light from the sun, the generators were almost always running at maximum capacity, which didn’t leave me very much flexibility. The equipment was really pushed to its limits.

The model and the people who helped me on the concave plate also gave their all, which was not easy. For my part, I came out with mild sunstroke, which still paralyzed me for the next 2 days.

What other surprises did you encounter during the day?

No real surprises, but some little challenges that added up to a great work cocktail. For example, getting out of my usual studio to shoot on a concave plate, or a schedule strictly confined to one day so that the stylist and model could return to Paris in time. Not to mention the relentless sun. You could say that I was clearly out of my comfort zone with this project. At the end everyone enjoyed it and we are very proud of the results.

The atmosphere is truly unique with a light that is very distinctive. How did you go about it technically?

I followed what the concept dictated: playing around with it, seeing myself struggle with the sun and the ground. The idea was to always have at least one Indirect Litemotiv as a key light to take the sun into account for shadow effects on the ground and reflections on the model. Sometimes I used 1 to 2 other flashes to lightly round everything out to retain the graphic aspect my compositions. The very specific framing also underlined this hyper-graphic aspect. 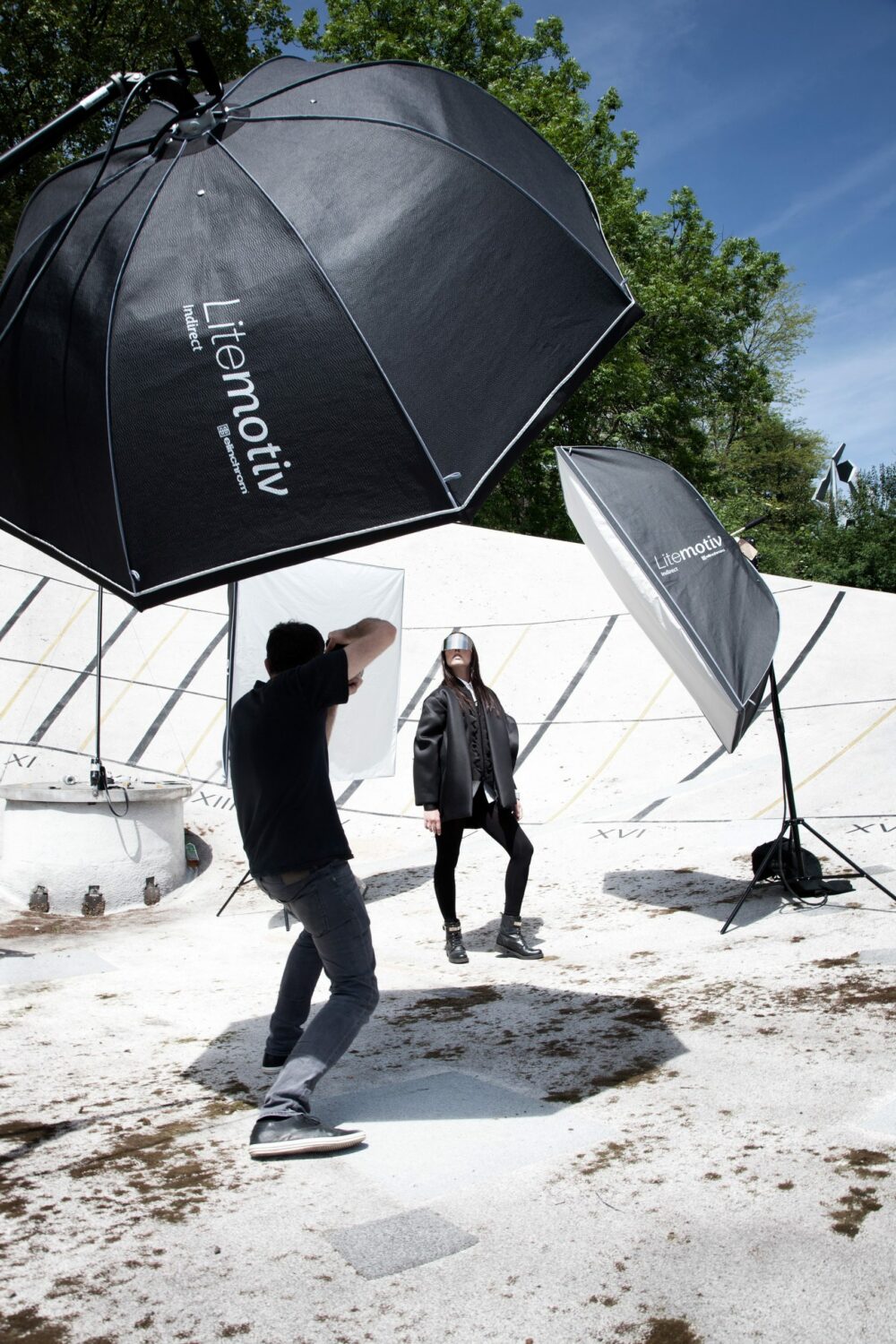 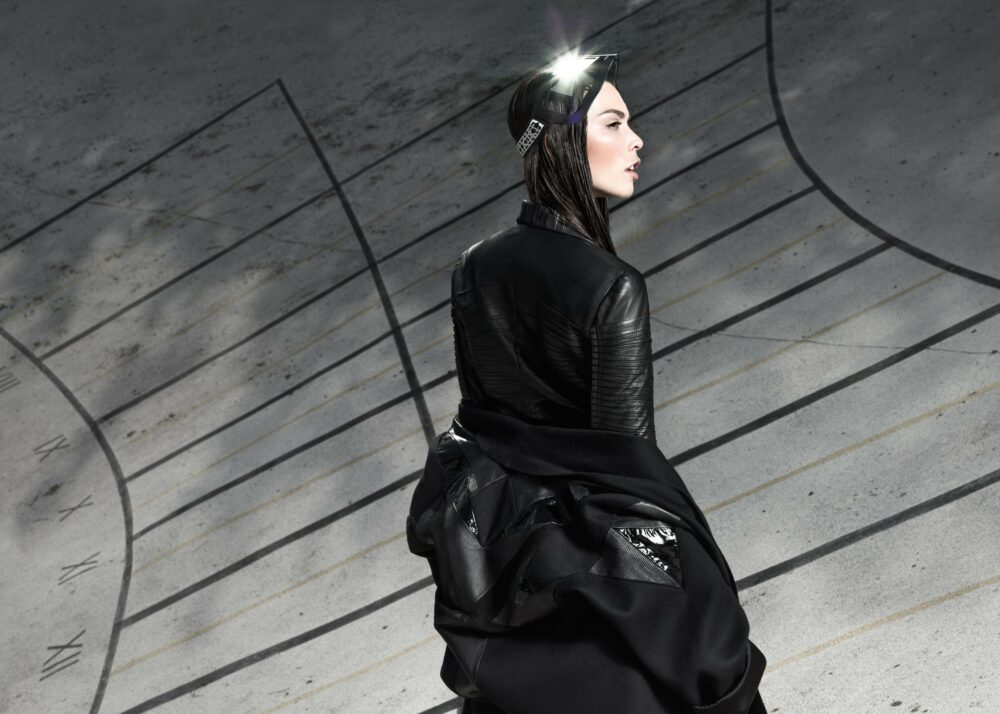 “I was particularly impressed by the character of its light!” 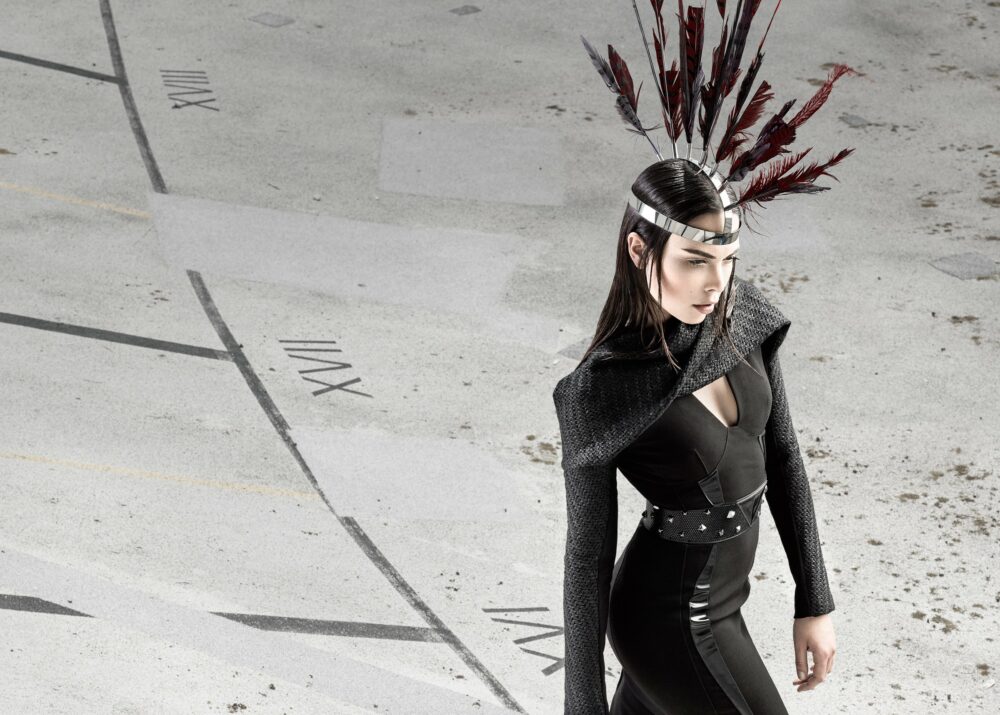 Which of the 4 Indirect Litemotiv’s did you like the most and why?

The Indirect Octa is without a doubt the one that spoke to me the most with regard to what I usually do. Because of its size, its shape and the basic approach of indirect flash, it lets me cover a subject on foot with a light that is even and with a very beautiful natural intensity. I was particularly impressed by the charcter of its light without the use of the diffuser.

The whole line is well designed and the joint system is very effective for its quick locking-unlocking and the stability of the products is exceptional.

How did you feel about working on such a personnal project with Elinchrom?

Very happy, in fact! I could never have done this series this way with my own equipment. There, I had access to everything I could dream of! Regarding the concept, the idea of a human watch came to my mind instantly, like a flash of inspiration at the moment when you talked about your need for images for the Indirect Litemotivs. Producing this series about light, with Elinchrom, a manufacturer of lights, was such a good match that it would have been absurd to do it on my own. Thank you again for your confidence in me and your enthusiasm! 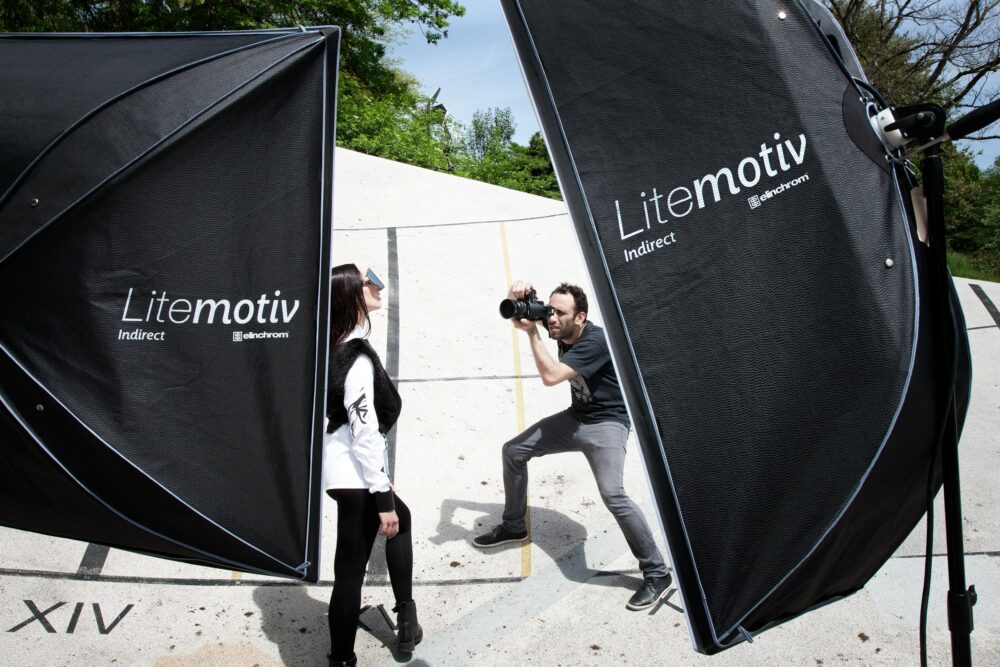 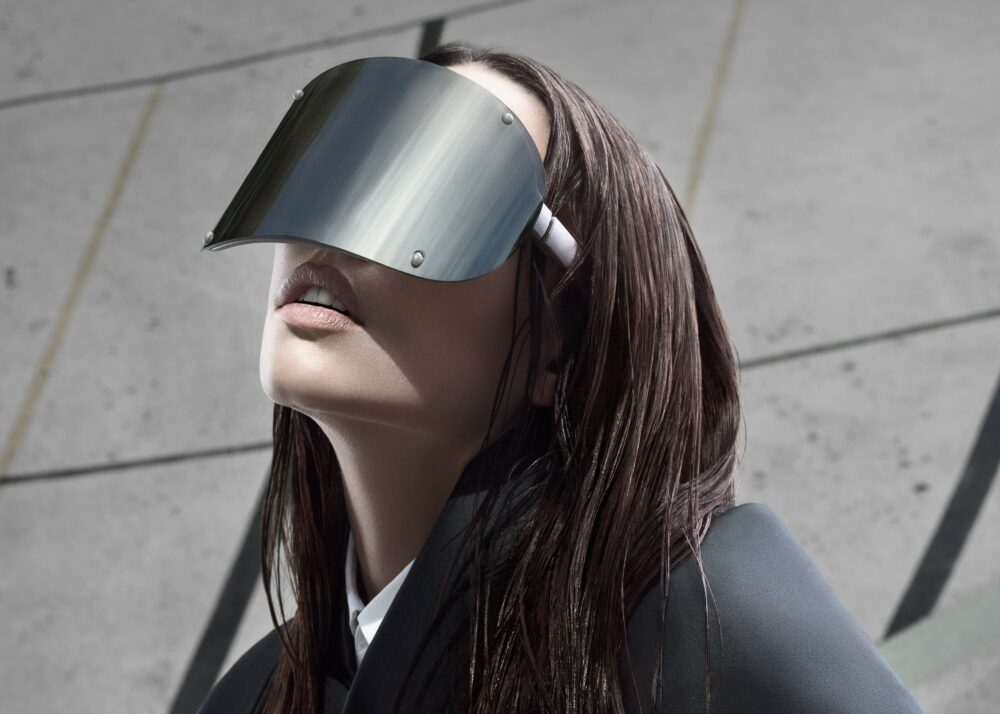