If you follow Frank Doorhof’s work, you probably know that he is a huge fan of Fresnel modifiers. For a few months now, he has had the opportunity to play with our brand new Fresnel spot, the FS30. Frank has had many occasions to use it and is probably the best photographer to share his passion for this incredible new product that we have just released.

Many years ago, one of the first demos I ever gave at a trade show was for Elinchrom. One of the modifiers they had at the booth was the Fresnel and the moment I saw it I loved it. I ended up using it in some of the shots during the demo and finally also as a light source.

At that time, I couldn’t afford the Fresnel but it stayed in my mind as a must-have. The moment I got the money for the Fresnel, Elinchrom stopped making them and the hunt for a second-hand one was on, but to be honest, I was never able to buy one.

Last year, during Photokina, I was delighted to see that Elinchrom had decided to re-release the Fresnel in the form of the new FS30. As you can imagine, I immediately ordered one, which I’m now using in a lot of my work. 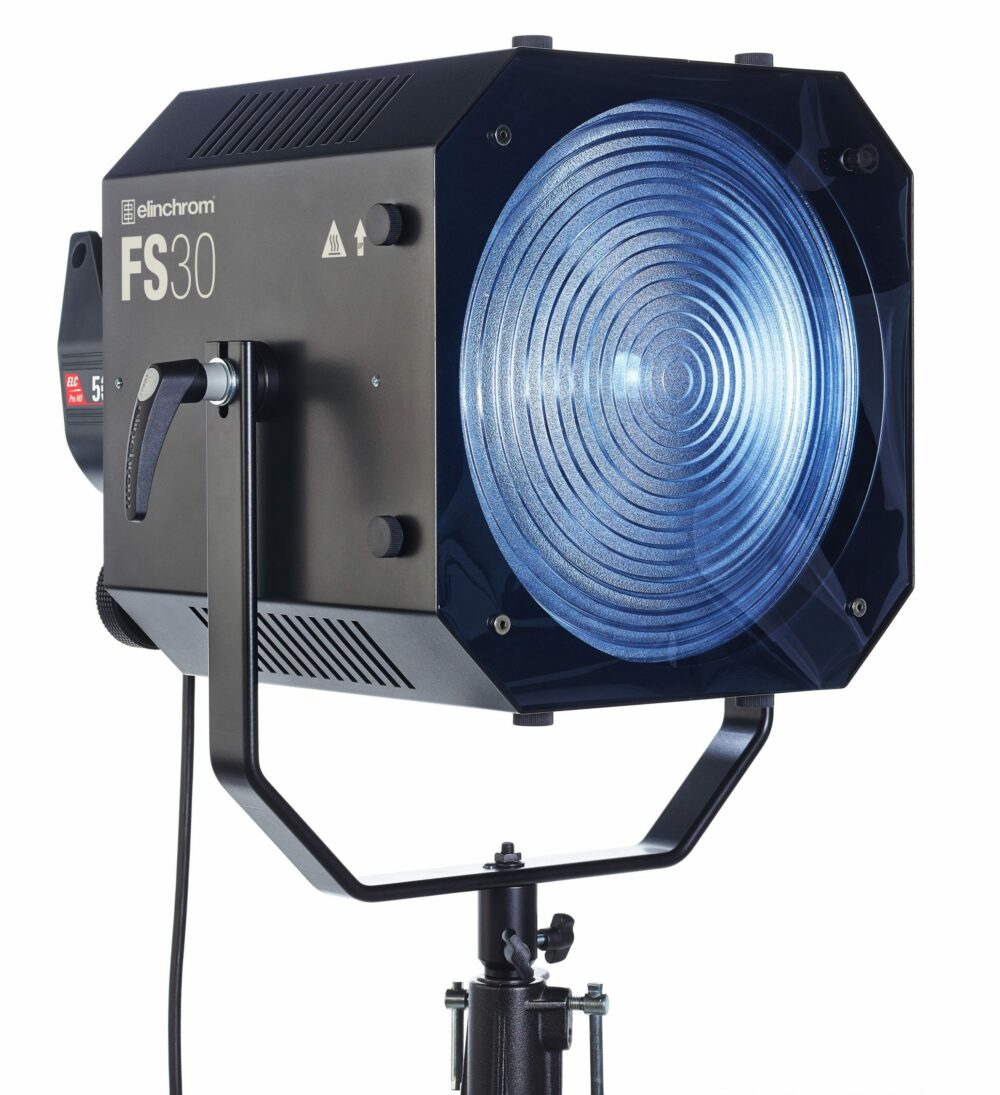 At that time, I couldn’t afford the Fresnel but it stayed in my mind as a must-have. The moment I got the money for the Fresnel, Elinchrom stopped making them and the hunt for a second-hand one was on, but to be honest, I was never able to buy one.

Last year, during Photokina, I was delighted to see that Elinchrom had decided to re-release the Fresnel in the form of the new FS30. As you can imagine, I immediately ordered one, which I’m now using in a lot of my work.

“Sometimes you just see it and you know this is the modifier you love!”

What is that magic?

It’s very hard to explain why someone falls in love with a modifier. I always tell people, “sometimes you just see it and you know that that is the modifier you love”.

In my projects, I love to work with contrast but I also like to see a bit more of my model, although not too much. This is why I often use grids on my deep octas, maxilights, beautydishes and square reflectors. You see the common factor: a grid. I think that when someone comes to our studio never having seen a grid they’re overwhelmed because I use grids on almost all my modifiers. 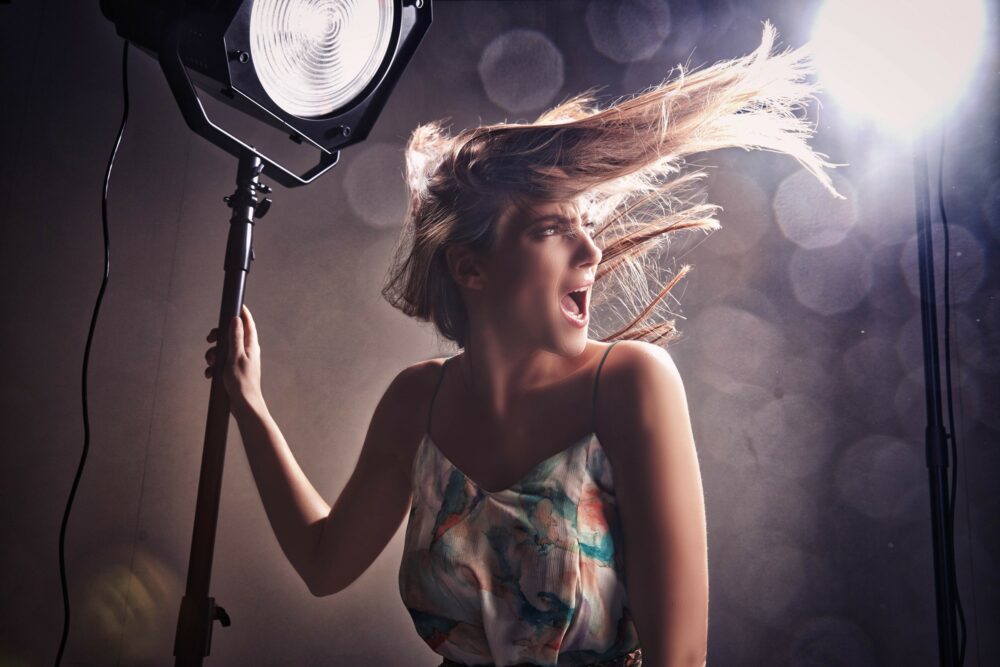 The reason is pretty simple: I love contrast but I also like to pinpoint my light and with deep octas and the maxilight I really get that look I want, but often with too much light, so the grid helps to narrow this down.

“When I think of Fresnel spots, I think about Hollywood.”

What is that POP?

I always describe the look I’m after as “pop”. In essence, it means that I love to use hard lighting, which is why on most modifiers I go for the silver coatings and I even use my deep octas and softboxes in 90% of the cases without any front diffusers (just the middle one, if they have one). This light quality gives colours a really nice pop. The other thing I love about this quality of light is the intense shadows. When you use this properly, you can get stunning effects without even using Photoshop. Use Photoshop to fine tune the images slightly… and wow! 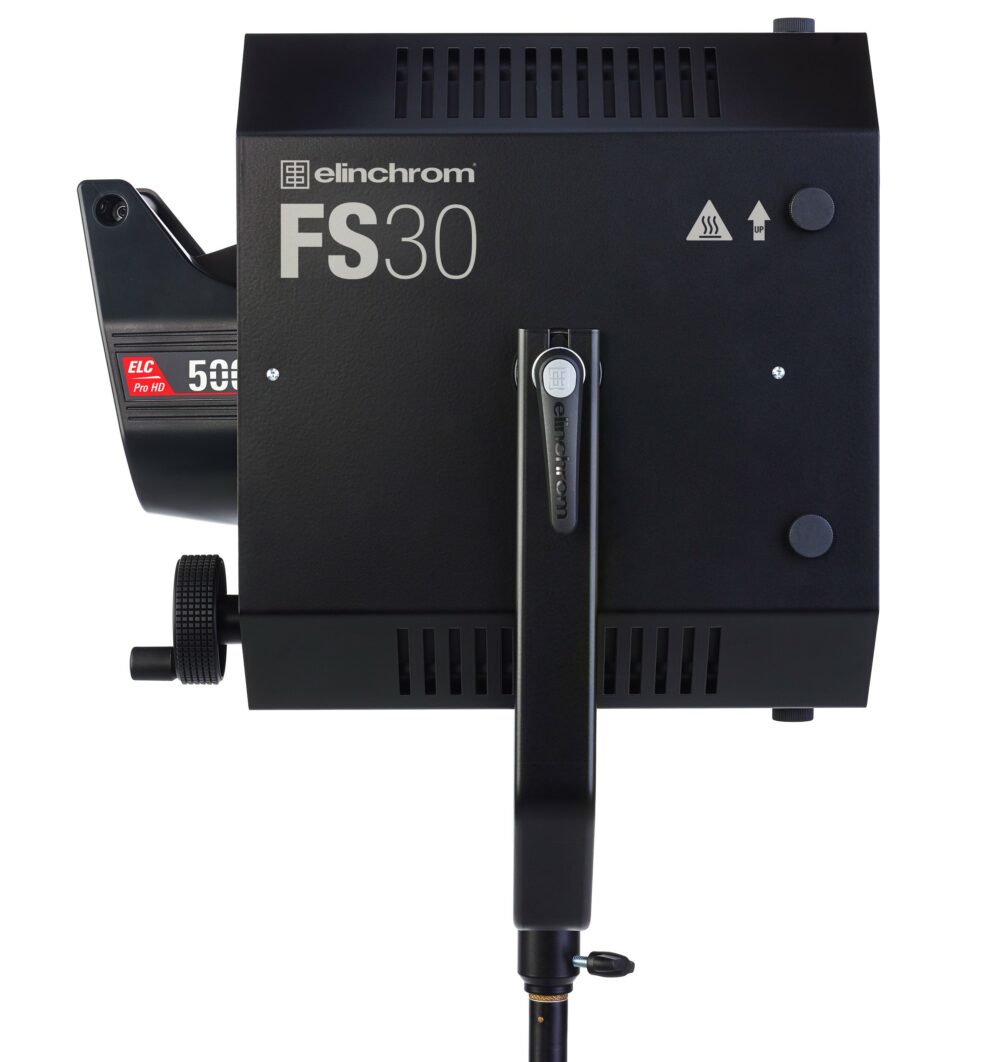 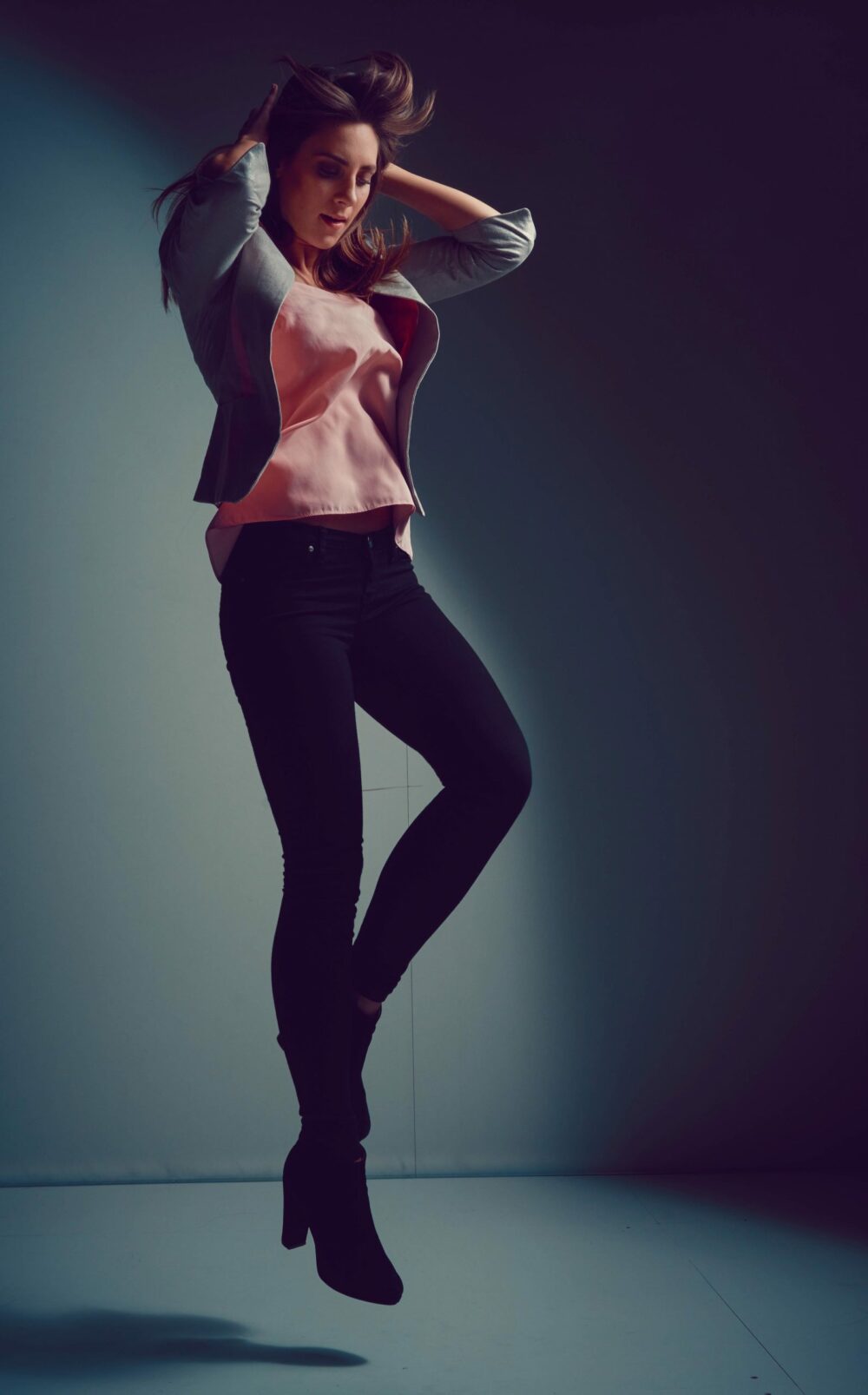 Although a lot of people think about theatre or movie spots when they hear the word Fresnel, the origin of the name Fresnel is actually in lens building. However, as we are talking about a photography modifier, I will skip that part and focus on the use in photography.

When I think of Fresnel spots I think about Hollywood, that beautiful light quality that can make a model “pop”, yet also look beautiful (often also thanks to some diffusion on the lens). The Fresnel spots have one thing that I really love: they have a tremendous contrast and deep saturated colours (due to that contrast, of course).

Over the years, I’ve tried a lot of modifiers and found some that I really like and that come close to the Fresnel. For example, the maxilight with grid, but… it’s not a Fresnel.

With most Fresnel spots, you are able to move the strobe/light source inside the housing to “focus” the beam or, in other words, make it wider or narrower. In the FS30, this is done by mounting the strobe inside the housing and using the wheel to move the strobe closer to or further away from the lens. This not only means that you are able to control very precisely the size of the spot but you can also play with your light fall-off with other modifiers. If you wanted the same diversity, you would need to use different grids and, trust me, it’s always a compromise, which often results in moving the strobe further away or closer, which again means you have a different light fall-off.

With the FS30 Fresnel, you have a 20° to 60° spot, which means you can move the strobe very precisely and create the exact look you want. 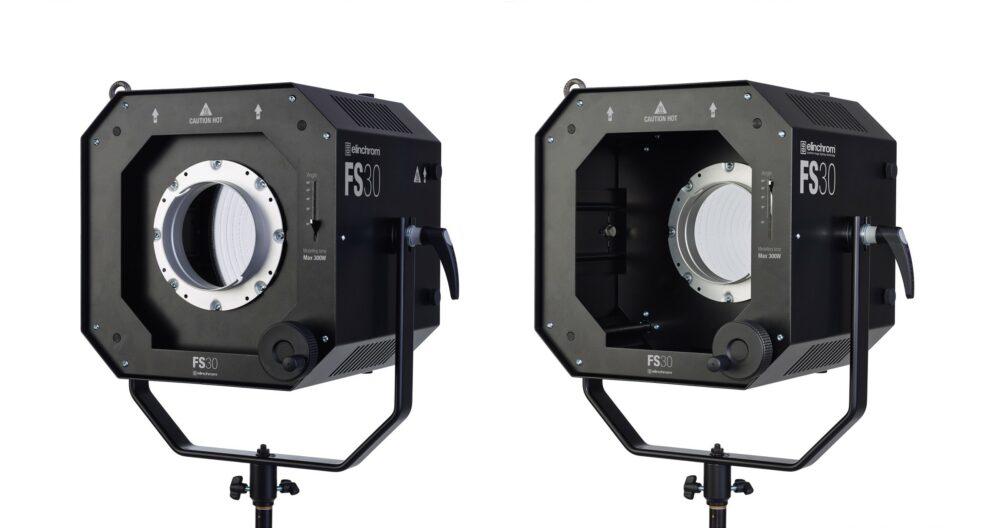 And, you have great flexibility in creating the exact look you want.

But there is more…

It got the looks

Not many modifiers look as if they could be part of a photo shoot, but the FS30 (and most Fresnel spots) really has that Hollywood look, so I also actually use it in many shots as a “prop”; it just looks awesome !

What more do you get?

With the Elinchrom FS30 you don’t just get the modifier: Elinchrom also delivers it in a smart case that is very handy when you want to take the FS30 on location or hire it out. You don’t just want to throw this beauty in the back of your car, so the proper case is of vital importance.

Should I get one?

Well I can’t answer that question for you, but if you like your images to POP, and you love those old style Hollywood black and white images, you will LOVE the FS30. It will give you just that and of course you can mimic the image quality with other modifiers.

But I have to be brutally honest. Ever since I’ve used the Fresnel, I’ve never found a modifier that I liked that much, but now that the FS30 has been released I couldn’t be happier. I use the FS30 a lot in shoots where I want that real edge in my light. It can handle full bodies as well as very close-up portraits.

The FS30 also has several filters to fit: 6 coloured filters, 2 frosted filters and 2 grey filters. They are available in a set called “the accessory set” that includes the filter holder and the magnets to hold the filters.

It’s a very versatile system that will give you amazing images. Don’t forget, however, that lighting with a Fresnel is not like a 1.90m softbox. This is a light source that you need to master, and when you do… 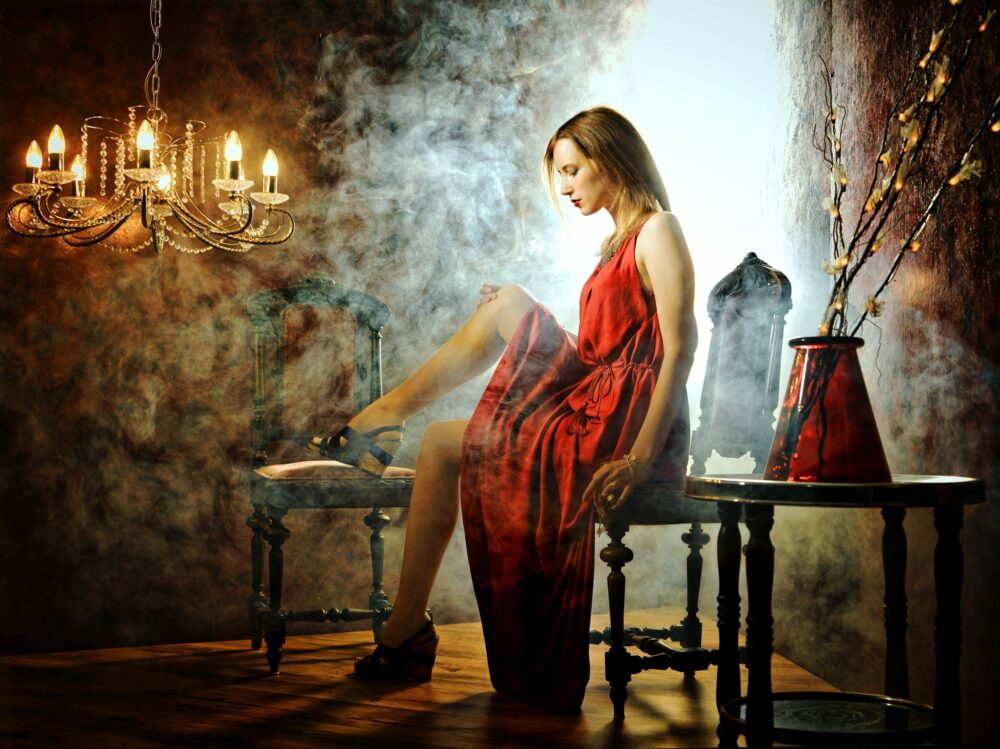 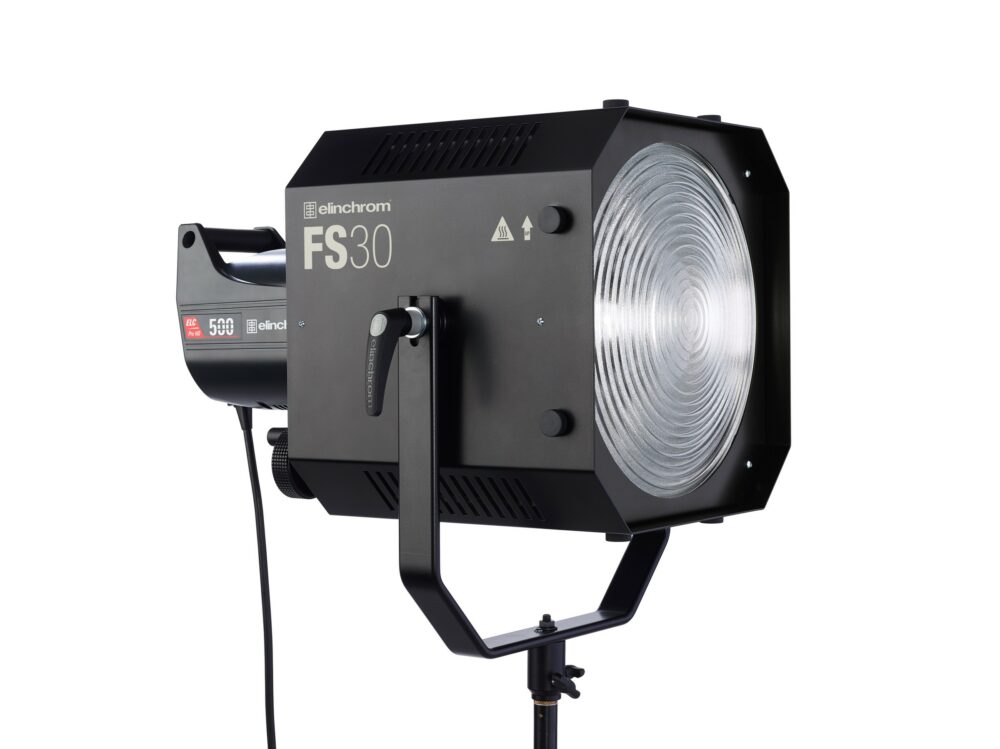