In their quest to lit incredible scenaries, 2 photographers teamed up to work on Earth’s greatest light show.

Here is a sneak peek to see how this incredible project came together with the ELB 400. 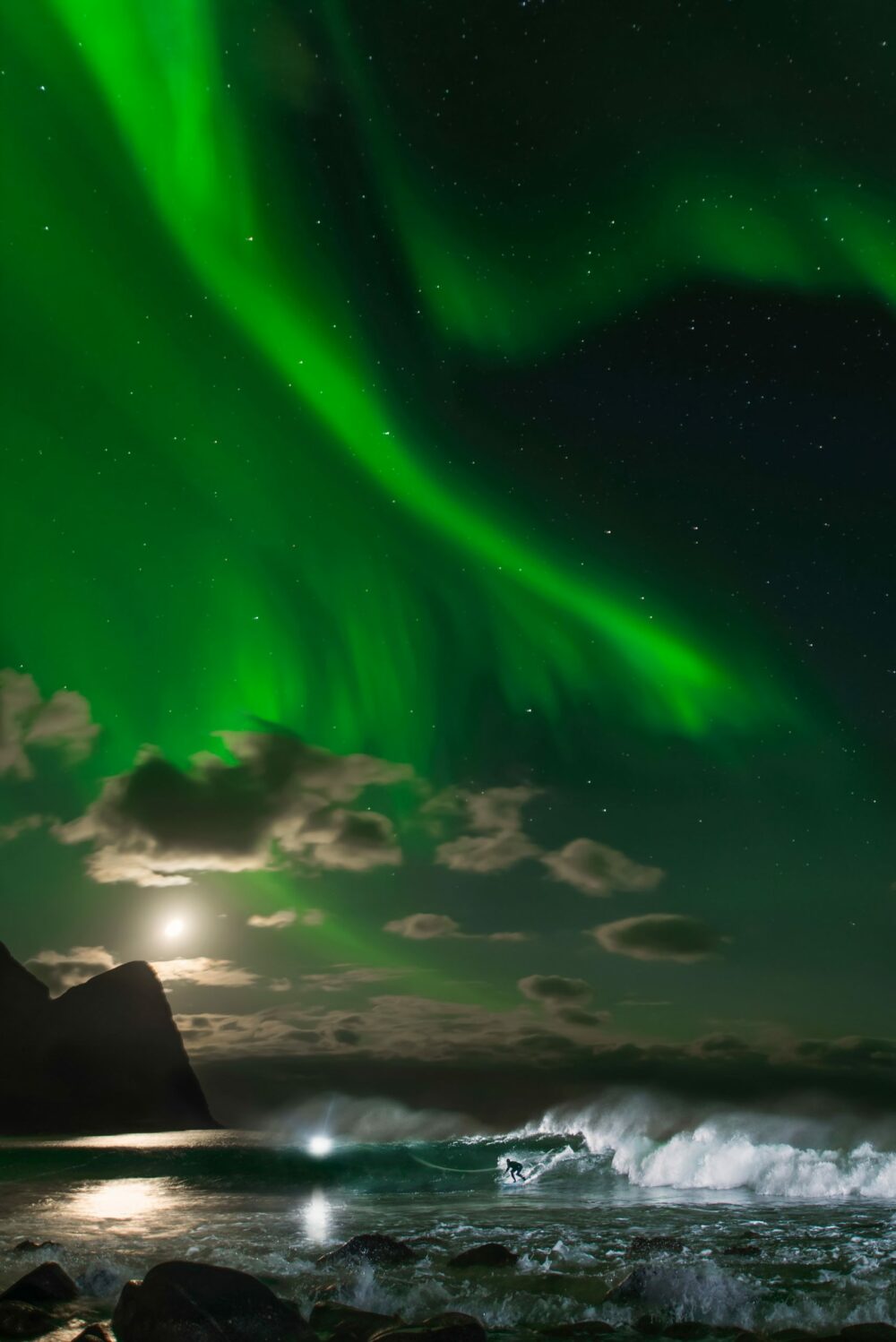 “This is one of the most technical shots I’ve ever done!”

The shoot took place in Lofoten, a far flung speck of a town on Norway’s smashed plate of a coastline.

The surf is consistent and the place is renowned for its outstanding aurora borealis. 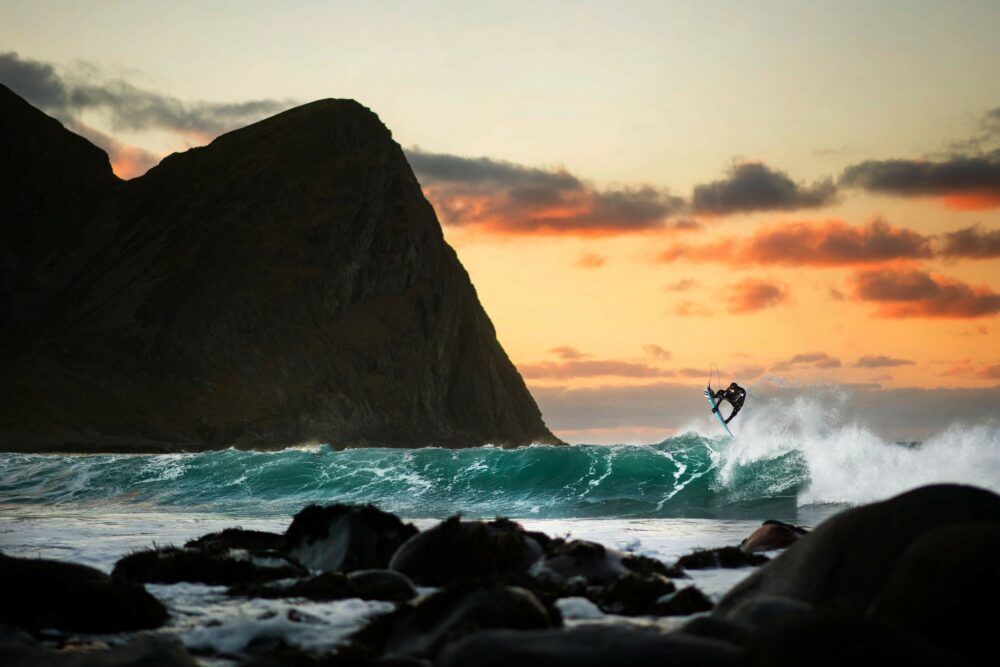 The proposal came by Norwegian photographers Emil Sollie and Mats Grimsæth, who’d been talking for two years about, and trying to figure out how to pull off, shooting surfing under the planet’s greatest light show.

“We were stoked that we got the shot!”

“To shoot a picture of surfing under the Northern Lights, there are so many elements that have to come together at the same time,” explains Sollie. “This is one of the most technical shots I’ve ever done and one of the hardest pictures I had to capture.”

Emil and Mats used the ELB 400 for the aurora borealis photo! The unit was placed inside a waterproof bag and Mats was in the water close to the surfer, to lit him as close as possible.

“It was all dark and really hard to see anything. We were stoked we got the shot.”

The picture contains both action and long exposure in one shot. “We left the shutter open for 6 seconds and froze the action with the ELB 400 along with the Skyport HS, it was the perfect unit for this.” 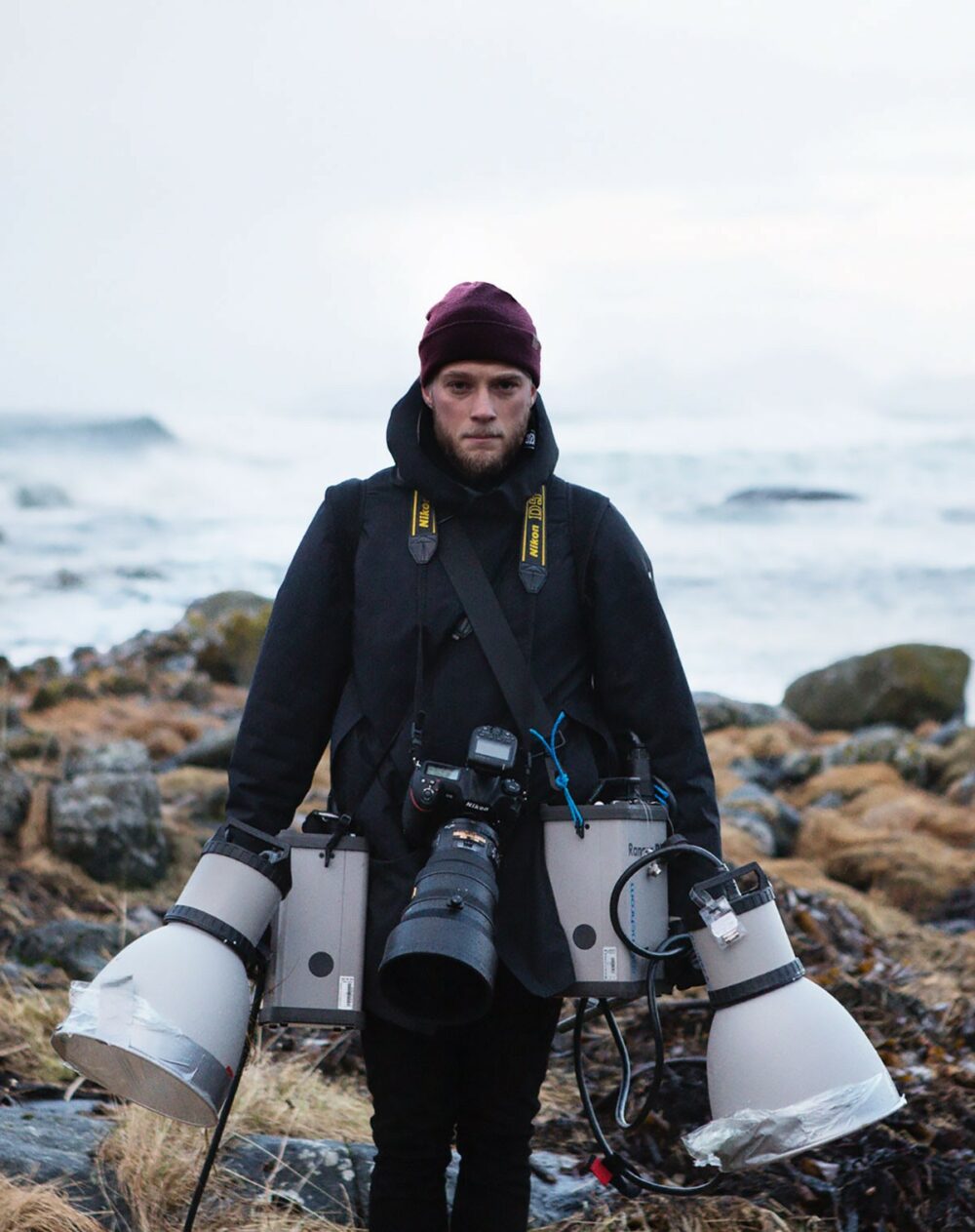 Emil also tried to step up the flashgame shooting surfing with flashes during daylight as well. The combination of the Ranger power and the Skyport HS with Hi-Sync, it worked perfectly with 2 rangers on shore!

Sollie and Grimsæth first met in Portugal in 2014, and began scheming about the shoot right away. They just needed a talented – and, more importantly, willing – surfer to get onboard. “I could never imagine that we were going to do this project with Mick,” Mats says. “Suddenly, I’m going to Lofoten with a world champion.”

After a couple of days and nights waiting for the lights to appear, around midnight on the third day the shoot was finally, suddenly on. “You can imagine,” says Fanning. “Half asleep, jumping in a wetsuit, and then just being wowed by all this stuff. It’s something I’ll remember forever.” 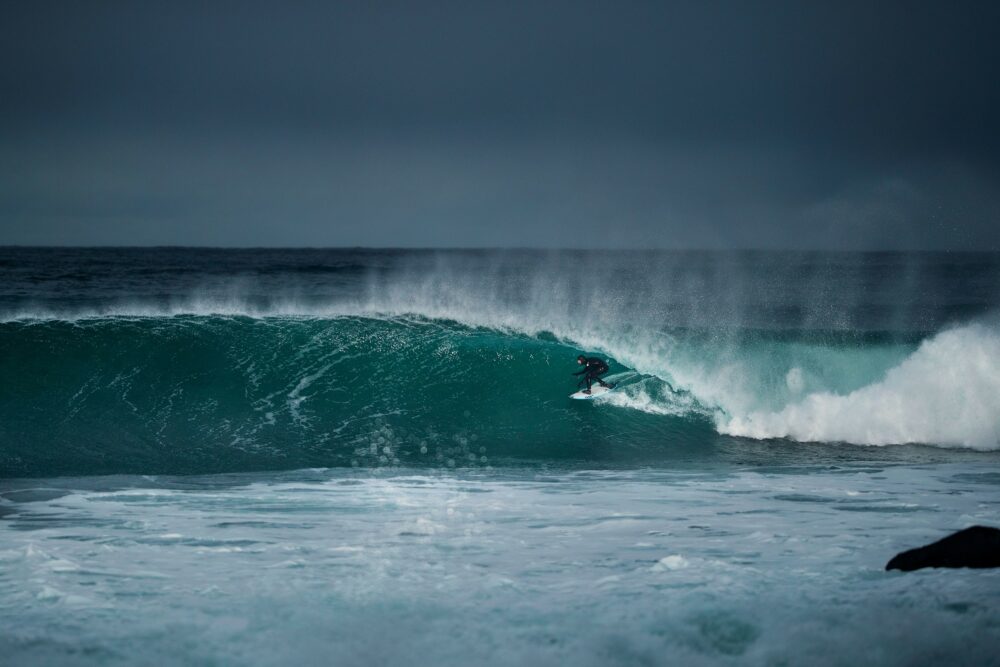 “This is something
I’ll remember forever.” 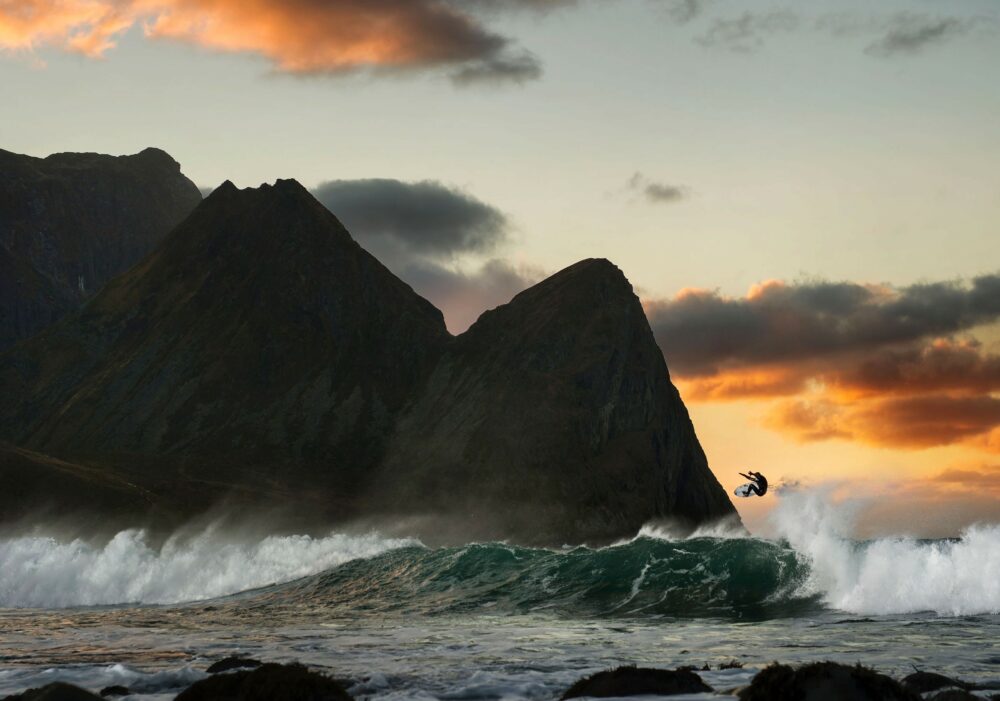