Shoot on a giant airplane, this photo shoot was one of Yuliya’s dream sessions. She found the right location and a perfect team to help her deliver great images.

The ELB 400 was the perfect companion to light up the scene for an inspiring and unique result.

“Get on the wing of the plane and create an adventurous type of shot.” 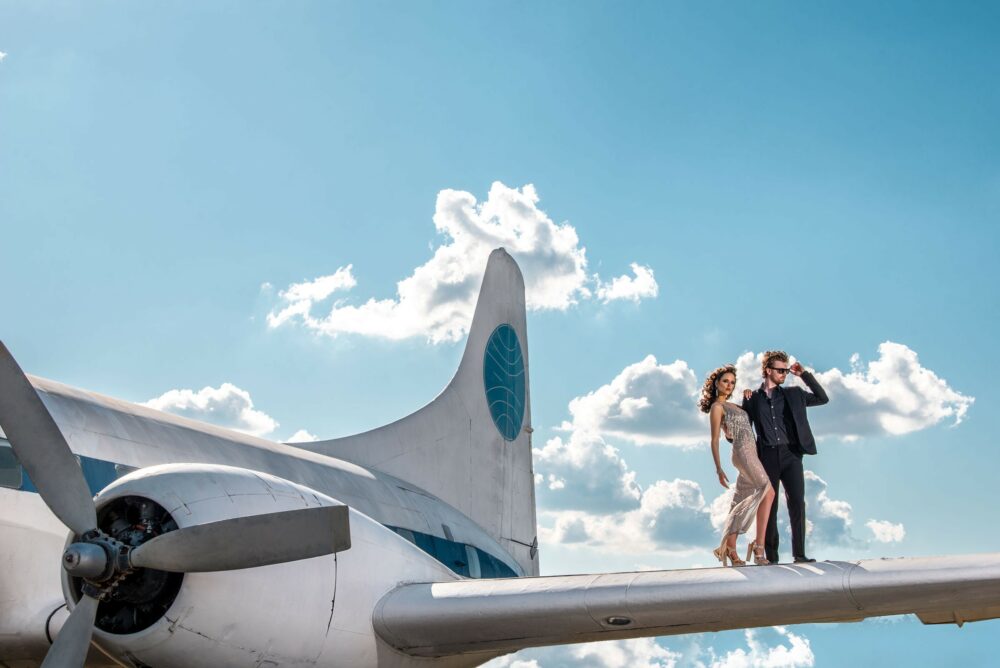 The shoot took place in a local airport in Orlando, Florida. The sessions started at 5pm and ended up right after the sunset around 7:30pm. Yuliya planned four different setups described below.

Since we had 1.5 hrs before sunset I decided to do some cool images on the plane with a direct sun behind the couple to create a feeling of being in the sky during a bright sunny day.

I asked my couple to get on the wing of the plane to create an adventurous type of shot, adding a feel of fashion to my composition. I had my assistant holding ELB 400 with one HS Flash head with a Reflector 14cm 90 degrees that gives a wide even coverage of light. It was very windy up on the plane and It was not possible to use an umbrella or a soft box. The composition for the shot was done with the sun a little bit above the models. 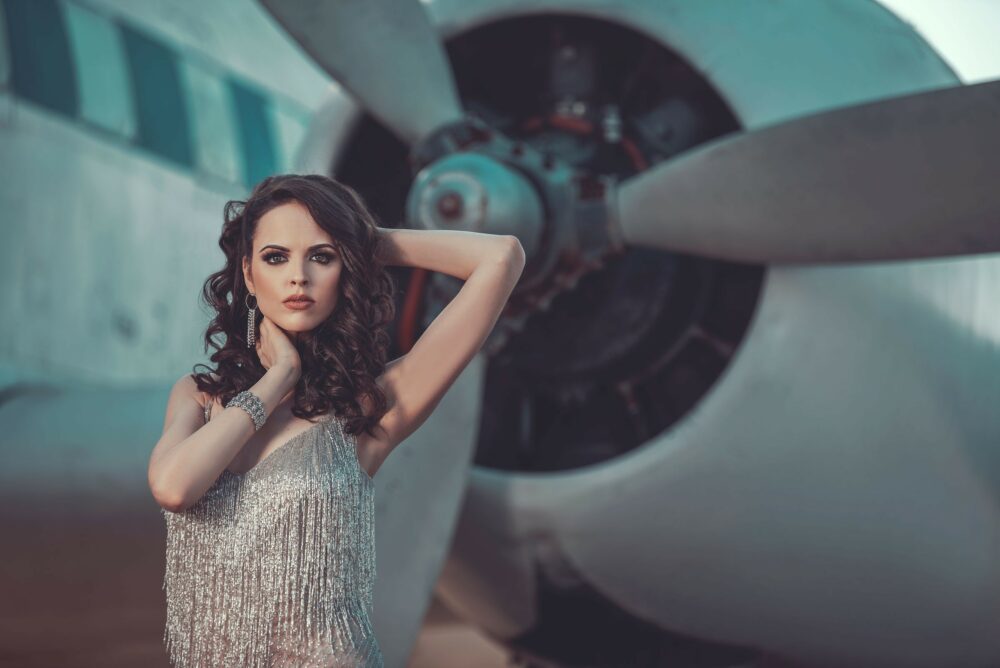 “The Rotalux Deep Octa reduces the spread of light and offers sharper shadows.”

The second setup was done on the ground in the shade in front of the airplane.

Again I used the ELB 400 with one Quadra HS head. However, this time it was fitted on a Rotalux Softbox Deep Octa 100 cm to create beautiful soft light and make my object pop.

This narrow shaped Deep Octa reduces the spread of light and offers sharper shadows compared to standard-sized octagonal softboxes. I placed it on the left side of my model/couple. 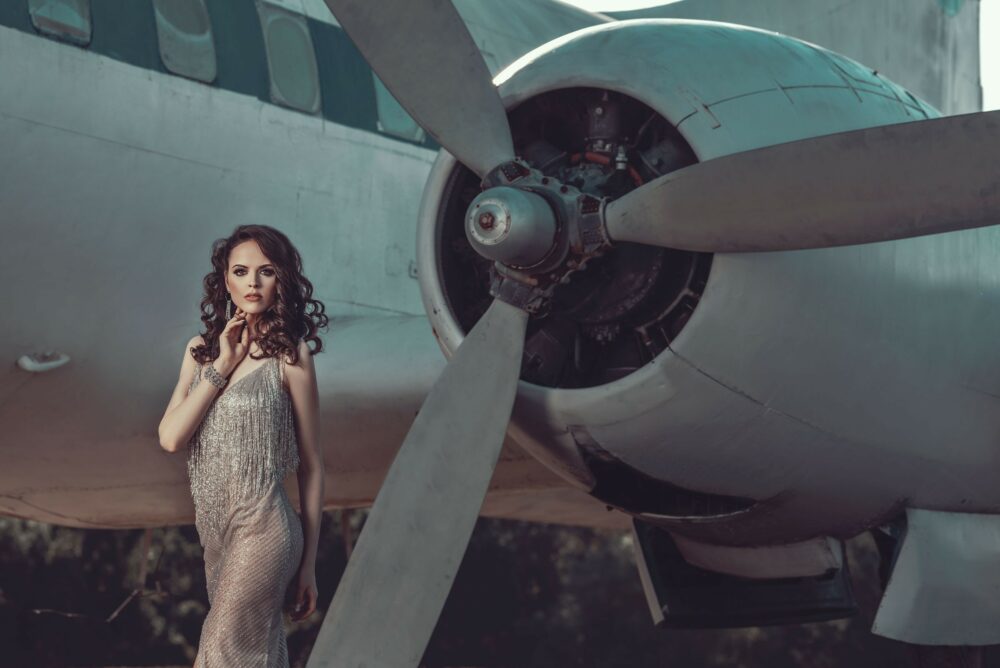 The third setup was done during the golden hour.

My model changed to another dress and we continued shooting on the ground but from another side of the airplane to see the beautiful orange sky and sun reflecting on the plane. I continued using the ELB 400 with one Quadra HS head and a Rotalux Softbox Deep Octa 100cm. 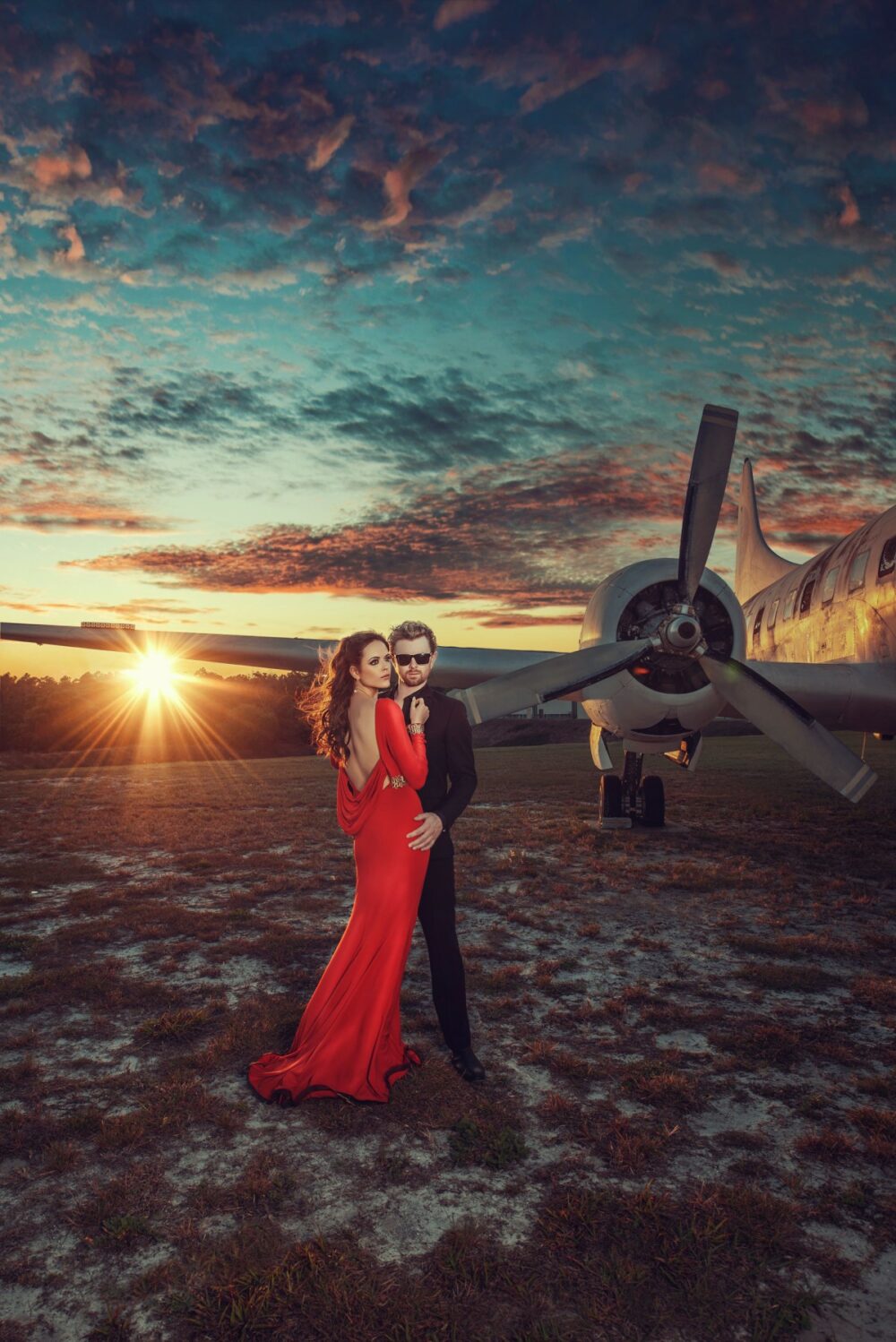 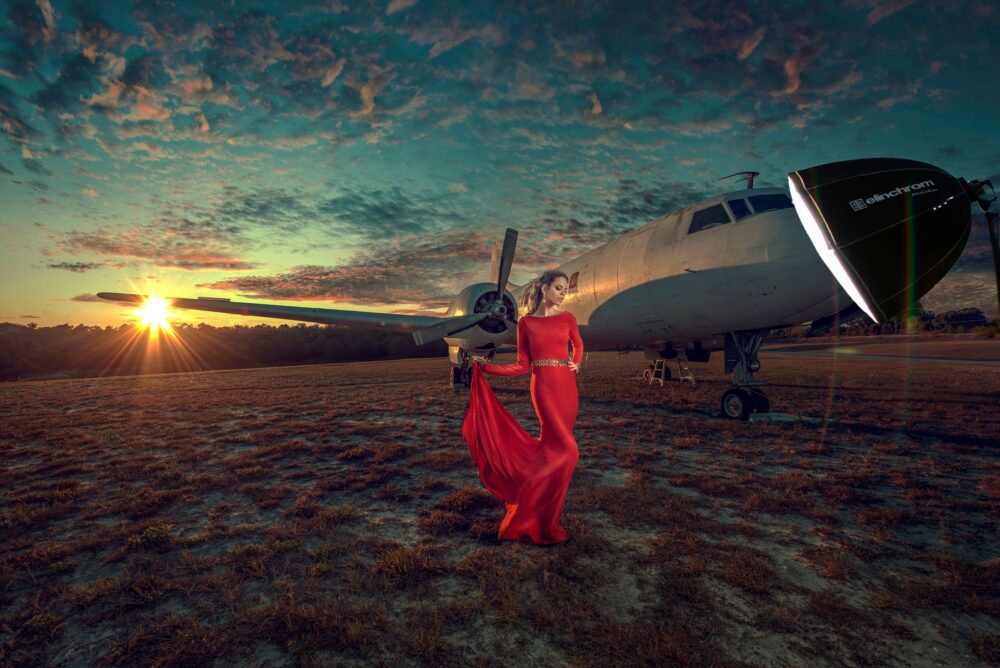 During my last setup the sun was setting down creating some nice orange tones in the skies and reflecting it on the plane.

I had my assistant standing on the wing of the airplane, directing my light towards the couple. I used the ELB 400 with one Quadra HS flash with a reflector mounted on a light stand. It was getting dark very quickly and I had to do that part of the session within a couple of minutes to achieve great tones. 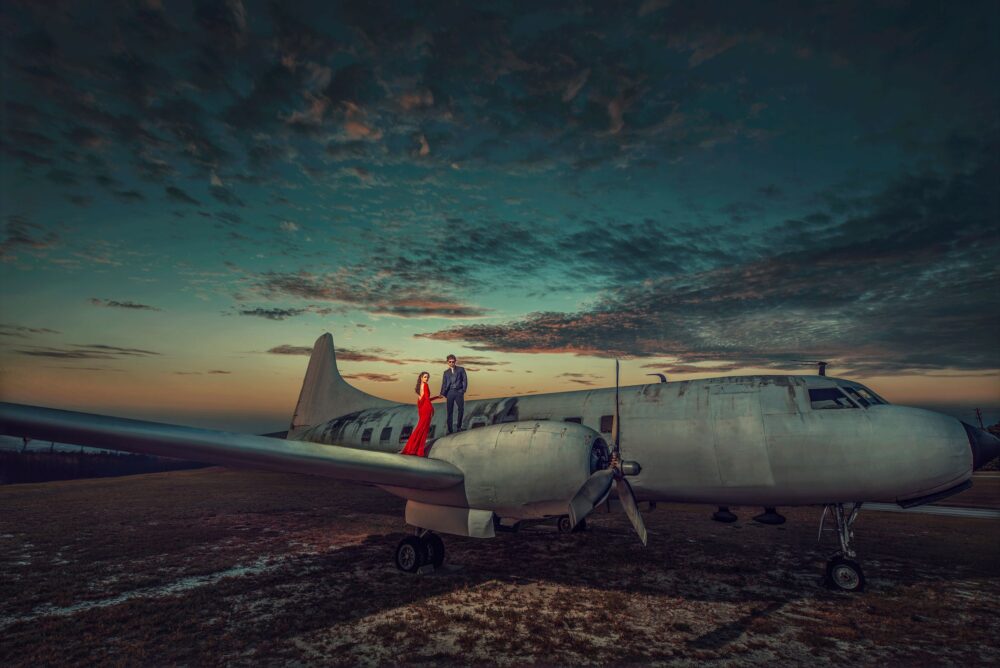 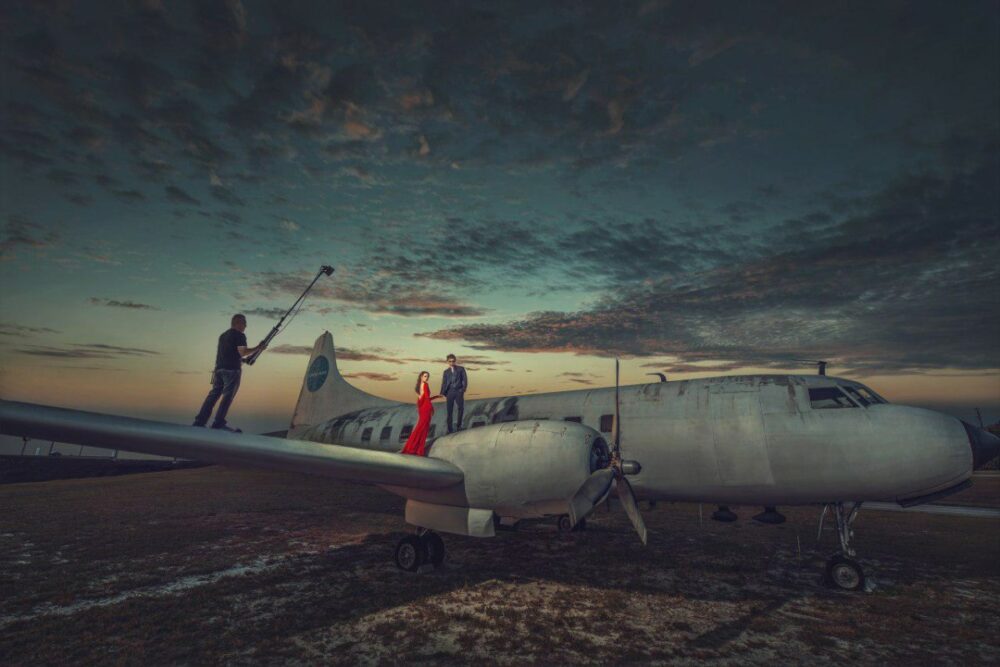