It’s all Downhill from Here

Shooting downhill skateboarding with the ELB 400.

From the outset I wanted this shoot to be different, embracing the never ending quest of doing something that hasn’t been done before.

Two months of planning had finally led us here, standing on top of Lookout Mountain in Golden CO at Sunrise.

A photoshoot with pro skateboarder Candy Dungan, a collaboration born on Instagram, was finally about to happen. 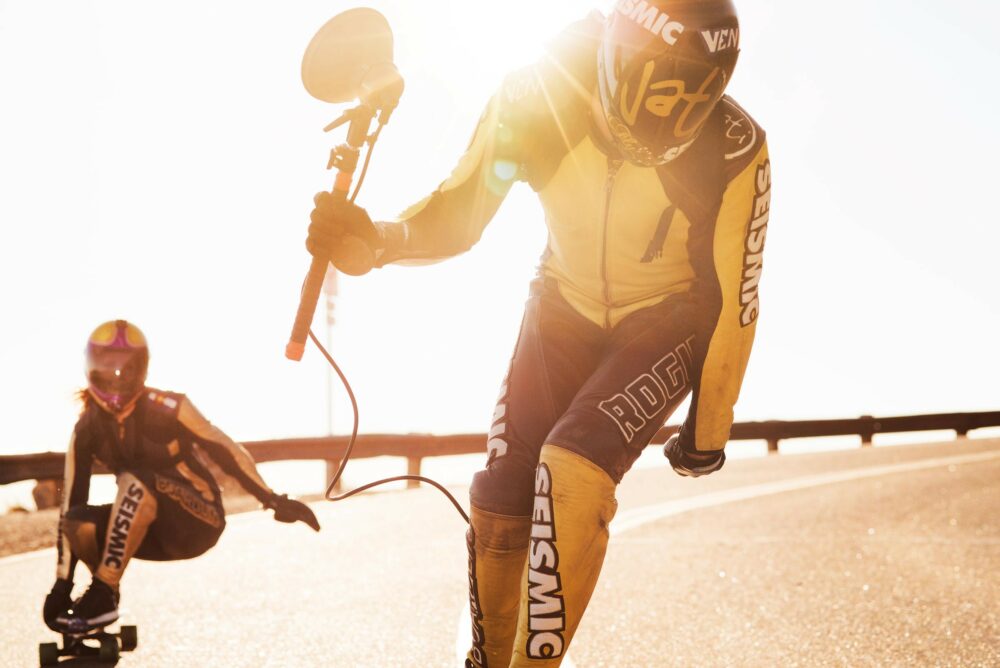 “He was able to hold the light while skating.
I was incredibly impressed!”

My initial idea was to ride in the back of a car and have a motorcycle hold the light next to her as she went down the hill.

I met with Candy months before to explain and talk about how feasible this idea was, and she immediately said that her boyfriend (and world-class rider) Aaron Hampshire would be able to hold the light while skating.

Needless to say, I was excited, and incredibly impressed!

This shoot was very heavy on pre-production, everything from safety to technical difficulties, it all needed to be on paper before it ever appeared in my camera.

We even ended up fabricating a handle from a boom arm and tennis grip tape to mount my HS head on, that way Aaron would have an easy time maneuvering the light while skating.

“A well-planned shoot can make or break the success of your images.”

There was also the problem of being on a public road, which meant we would need to have a second assistant at the bottom of the hill, so we knew when the road was clear.

It might be the less glamorous side of photography, but a well-planned shoot, with a great team of people, can make or break the success of your images. 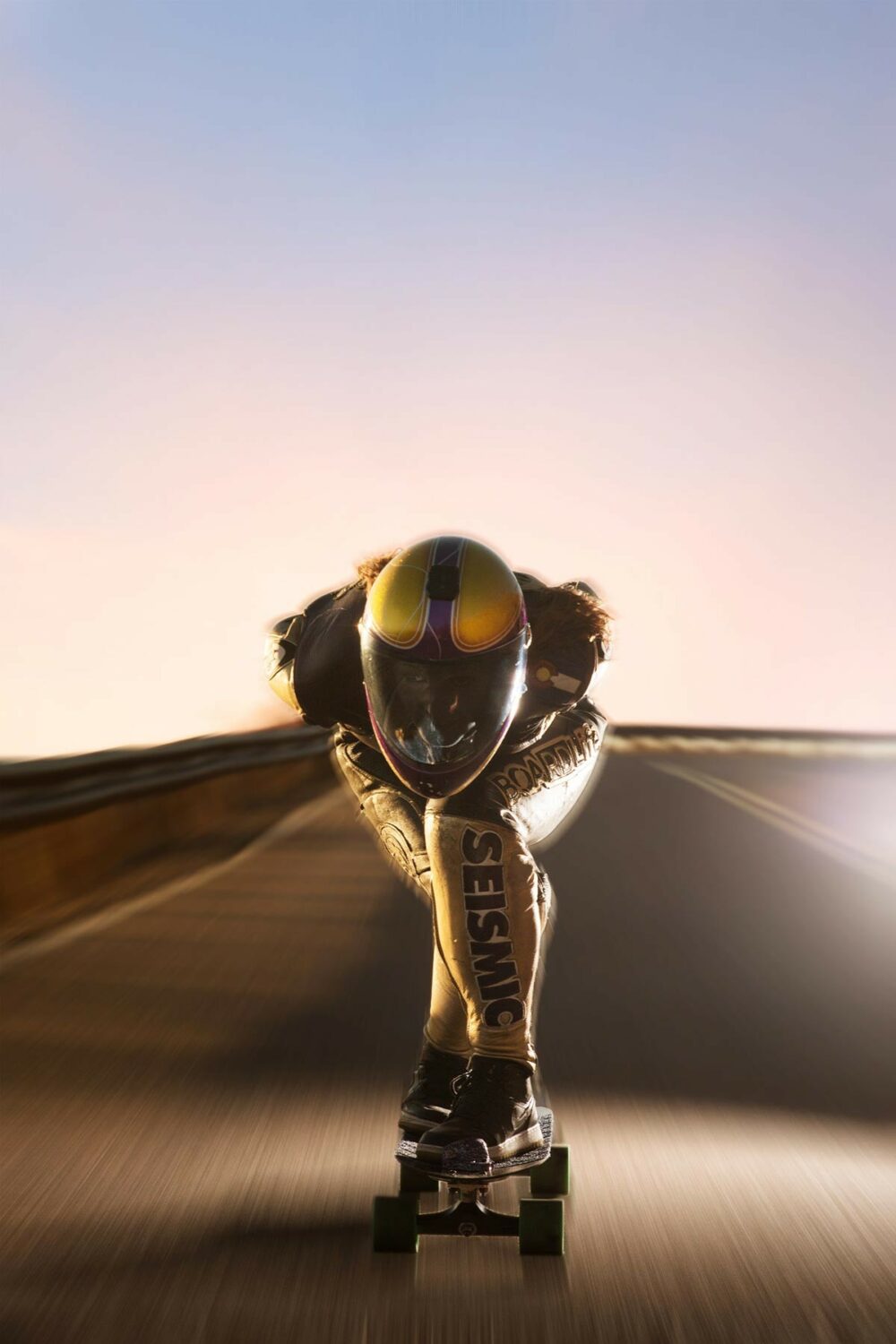 “Original photographers couldn’t even dream up throwing a battery into a backpack and fly down a hill on a skate board!” 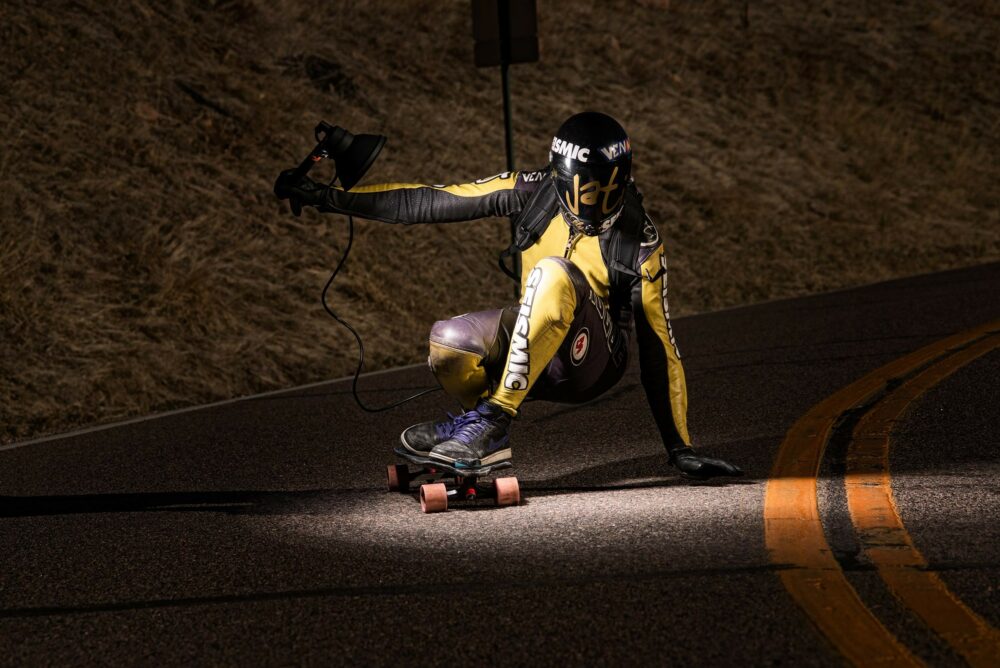 Our first run down made it immediately apparent how much fun and how awesome this shoot was going to be. I still get goosebumps thinking about it.

I was hanging out of the back of my car, with my D800 and Skyport Plus HS around my neck, watching two skateboarders going over 30 mph and a flash going off at sunrise.

I would use my Skyport Plus HS to adjust the ELB 400 while we were in the shade and then bring the power back up once we were in the sun, all the while shooting in Hi-Sync mode at shutter speeds of 1/2000th of a second or faster to get crystal clear images.

This is what advanced technology is about in photography, it’s about creating images we could only imagine before. I don’t know if the original photographers could even dream up throwing a battery into a backpack and flying down a hill on a skate board. But we get to do it! 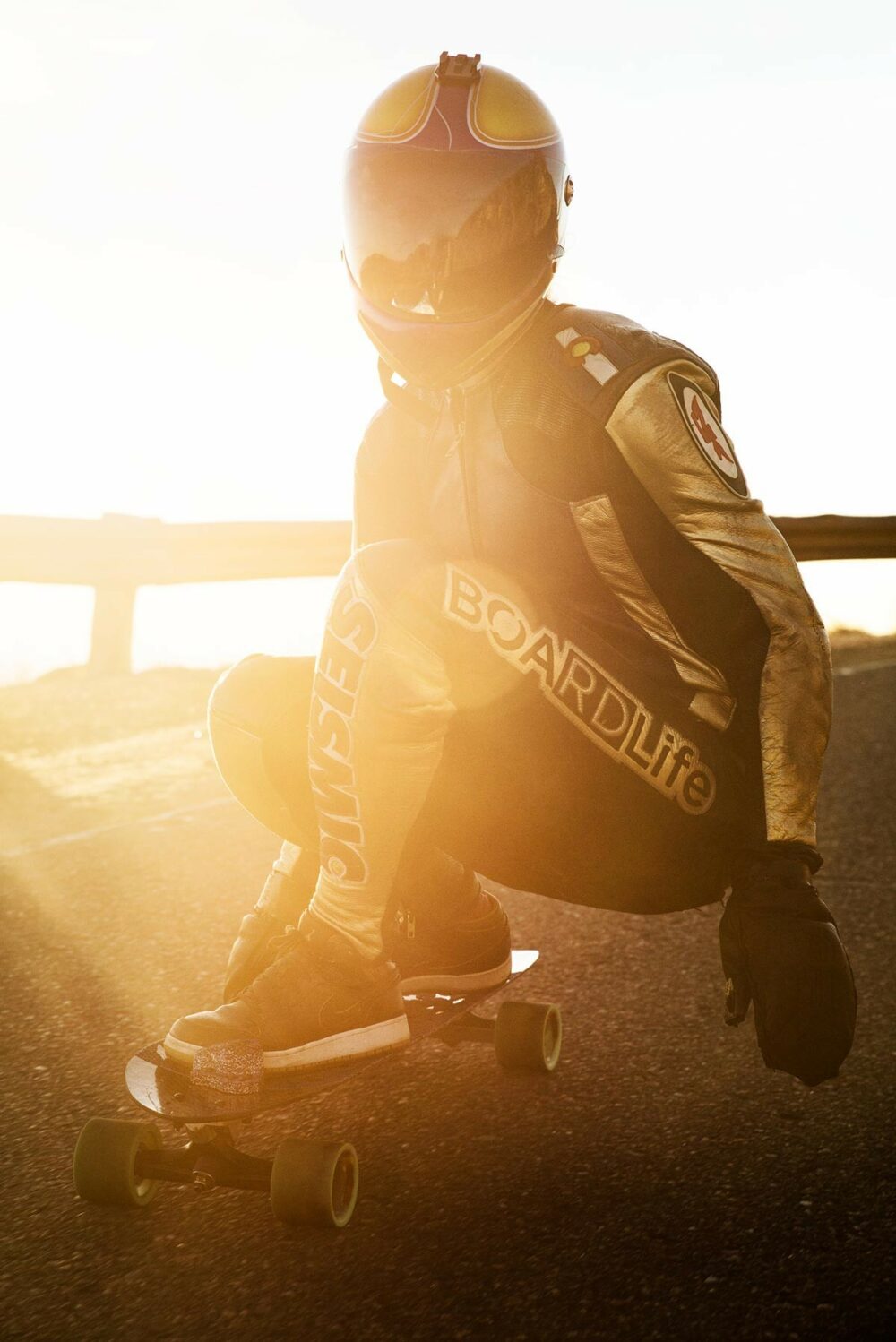 There were a few main factors that we needed to account for, and probably the most important was size and weight.

As soon as I found out a skateboarder would be holding the light I decided the ELB 400 would be the right fit, knowing that I could easily fit it into a backpack and have plenty of power.

“As soon as I found out a skateboarder would be holding the light, I decided the ELB 400 would be the right fit.”

I ultimately decided to pair it with the HS head so I could have the ability to freeze all motion and have more control over the ambient light.

Probably the most difficult decision was what modifier to put on the head.

We decided to use a standard reflector because of wind resistance. In the end it’s a simple, but affective, set up. I paired that with the Skyport Plus HS so that I could see exactly what the power was while we were moving and adjust as needed.

Once we had it set up I really didn’t have to think about it anymore, and that’s exactly the way it should be on a shoot like this.

If you want to do photography like this all I can say is:
PLAN, PLAN, PLAN!

These are not the kind of things you do on a whim, they take time and effort, and people.

It’s why I became a photographer, to create with humans.